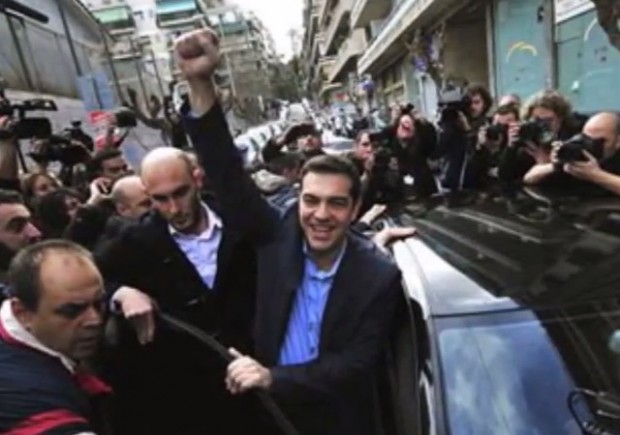 Meeting of Finance Ministers of Germany and Greece Wolfgang Schäuble and Janis Varoufakis on Thursday in Berlin ended inconclusively.Schäuble once again ruled out the possibility of debt relief to Athens.

The socialists in Greece simply want to live off the backs of workers in the other European countries because it is better to get social benefits than to work every day.

I don’t see how the plight of the Greek people can get any worse. They are in the midst of a 1930′s Great Depression: overall unemployment, 26%; youth unemployment, 50%; loss of GDP, 25%. This is not austerity; it is all out economic warfare.

Total default on the debt, leaving the Euro and EU, would not make Greece’s situation any worse, and it might lay the foundation for some recovery. The reality is that Greece has nothing to lose.

Coo. Who said she was? But she certainly pulls the strings in the ECB!

spike1235 days ago
They knew Greece along with Spain and Italy should never been allowed or dragged in t the EU with dodgy loans given to them knowing they could never pay it back , This is one big loan shark . The EU has planed this for many decades , So they knew what they where doing . They are doing the same to Ukraine , They to will not be able to pay it back . So the EU then has all these countries at its beck and call . If anything these countries should not only have the debt written off , But they should be compensated for being used like this , So they can start again . Get out now Greece and tell them where to go .