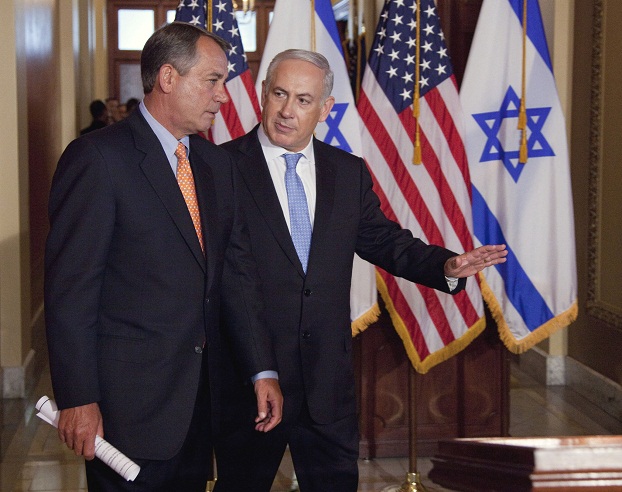 The press service of the White house officially announced on 5 February that President Barack Obama will not meet with the Prime Minister of Israel Benjamin Netanyahu during his March visit to Washington, not to "contribute to the politicization" of relations between the two countries.

Barack Obama stands against everything I cherished about the United States growing up. This man is the antithesis of what I consider a true patriot and leader of our country should be. The fact that so many Democrats are willing to follow his lead into the abyss gives me no hope for the future of this great country. The great American experiment is coming to an end. Obama is just a manifestation of all those useful idiots out there who drank the Kool-Aid of the sixties revolution and then moved into leadership because, God forbid, one of those right-wing evangelical meanies get into office and demand we live by a moral standard.

In the end, Obama is doing everything he can, on both sides of "the pond", to topple, discredit, and embarrass Netanyahu. On March 18, I would keep my calendar clear for some more crisis creation from the White House.