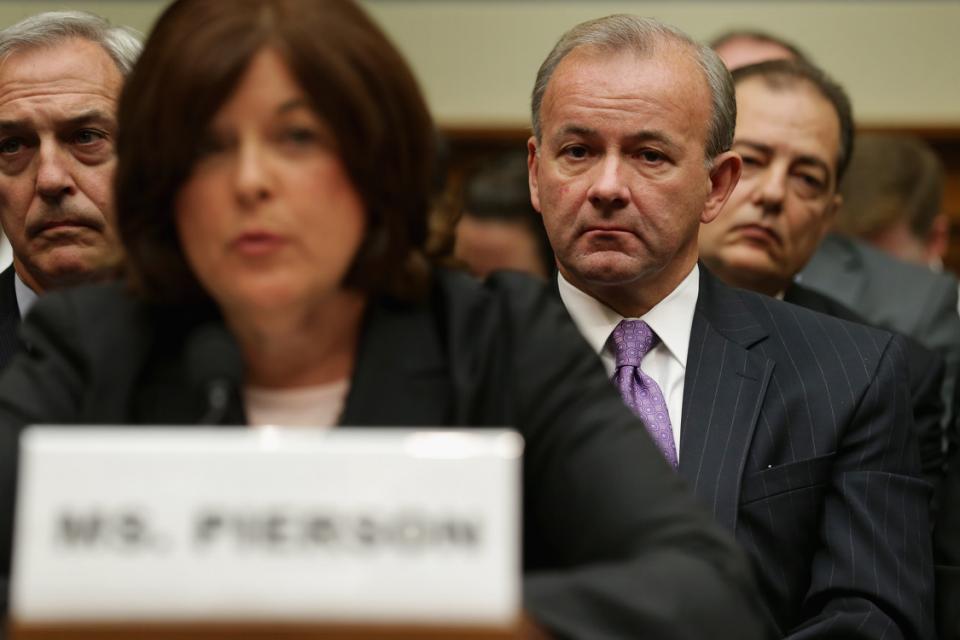 The deputy director of the U.S. Secret Service is leaving his post, the agency said on Monday, in the latest top level departure this year after a series of high profile security lapses.

I Am Retired And You Are Not Ha Ha Ha

It appears there have been quite a few leadership crisis in this administration. It brings to mind a period of time in the first company I worked for(25 years). The upper level positions were continuously changed over and over again until FINALLY the CEO was let go by the board of directors for inefficiency in doing his own job. The result - the company started to prosper again and efficiency returned. Not every department in government can continuously show a lack of leadership without it eventually showing a pattern of irresponsibility at the top(meaning the commander in chief). Maybe there is a lack of proper direction from the white house, or that there is no action taken from the oval office until it is past the point of resolution for problems that develop. At any rate, if you decide to put a person in a position to run a department you must first determine that they are the right fit for the job(not just appoint to repay a favor) and follow up closely with communication with that person to assure that they are taking care of business as they are assigned to do.

Anyone can shake hands and make speeches(especially if they are written for you to read), but it takes special skills to be a leader and that seems to be lacking here. I should know, I managed people for better than 30 years and had to fire only one person in that time for not doing their job. The majority were top notch people that I could trust to get the job done regardless of the obstacles they faced. The difference: I communicated, followed up, interceded when necessary, and detailed what the job and my expectations were to achieve a set goal or deadline. It wasn't a country that I ran, but leadership skills are apparent if you are leadership material to begin with and many just are not meant to lead others.

Probably would be better to dump the whole program and use military units guard the President. Delta Force, Navy SEALS, to name a few that could do a much better job then these guys.

"Stepping down". Nobody ever gets fired by this administration. They either move on to a different position or retire and take a "private sector job".
And the Secret Services job is too protect the President and his family. That's their only job. Why does it take 6500 people to protect the President? The town I live in has only 4800 people.